The Votes are in #BookCover

Earlier this month, I asked for votes and thoughts on updating my book cover. 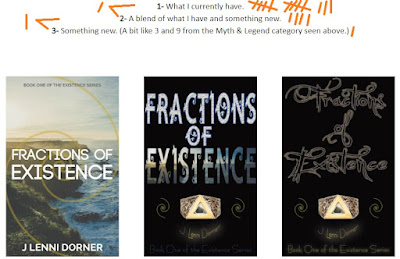 The original cover has 13 votes.

The second cover has 4 votes.

The third cover has 1 vote. 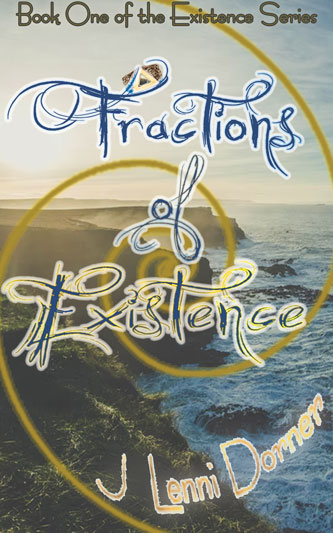 And here's a look at what one mixed with three would look like.

The font has more of a "fantasy" feel. I do love how the f in "of" matches the spiral.

It does feel more difficult to read at a smaller size. And my name gets a bit lost. It feels too "busy" to me in comparison with the original. A real problem is that "existence" is a long word at 9 letters. (And it's in the title of EVERY book in the series.)

The swoops and swirls of the font should make it look more like a book in the genres:

But should I make this change? The original cover did get the most votes! 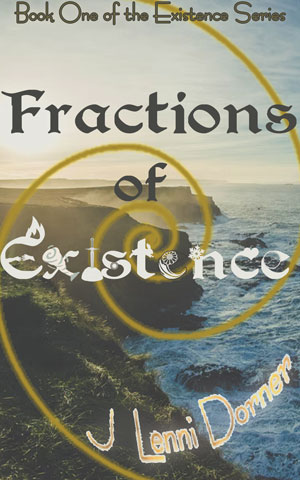 Email ThisBlogThis!Share to TwitterShare to FacebookShare to Pinterest
Labels: Fractions of Existence

There's a formatting error (which undid some corrections) and two links that need updating in my book. So I'm fixing that this month. And while I'm at it, I considered creating a new cover. The problem is that I like my current cover. The cover is perfectly explained in Chapter 3.14 𝛑, and again later in the book. You can see (with only minor imagination) earth, air, water, fire, flora, and fauna on the cover. It goes with the book. And it shows what two Fibonacci spirals twisting from the same point of origin, inked in a gold hue, looks like.

Unfortunately, one has to read the book to understand that the cover is perfect. So the cover isn't selling the book, which is also a job of a cover.
I'm never going to put images of people on the cover because that kills the reader's chance to picture the characters as described. But what are others in my genre doing? Here's a look from Amazon: 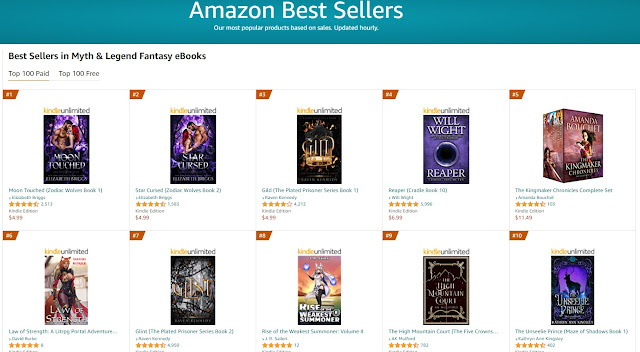 Numbers 3, 4, and 7 could maybe work as inspiration. I could keep the two Fibonacci spirals twisting from the same point of origin, inked in a gold hue. And perhaps create an image of Xavier's ring. Perhaps if I blended in number 9. 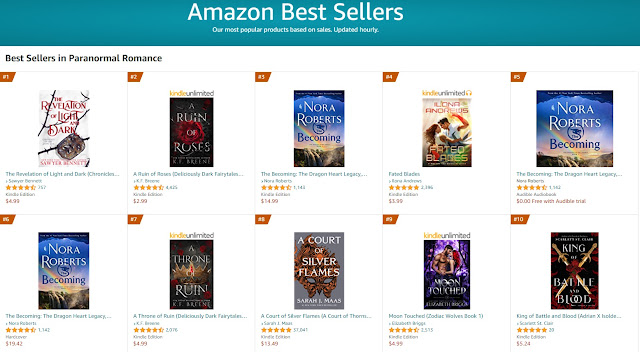 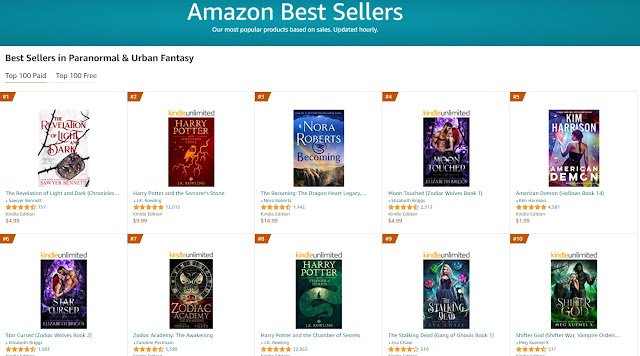 Again, I feel like 3 looks like what I have now. I'm not sure I could make 1 work.

But how about this:
1- What I currently have.
2- A blend of what I have and something new.
3- Something new. (A bit like 3 and 9 from the Myth & Legend category seen above.) 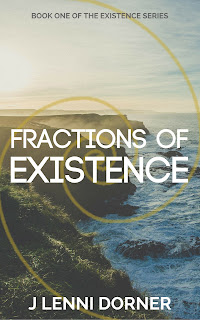 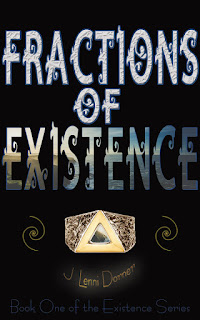 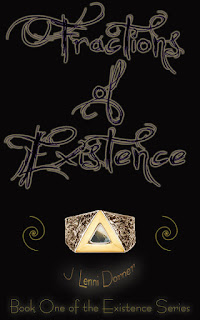 BASED ON THE AVAILABLE EVIDENCE OF WHAT SORT OF COVER ART IS ON THE CURRENT BEST-SELLERS OF MY BOOK'S GENRE--
WHICH OF THESE THREE COVERS DO YOU LIKE THE MOST?

Dec 1 question - In your writing, what stresses you the most? What delights you?

Answer: As I'm working on Book Two and Three...

I finally figured out what I didn't like about a few scenes. A stronger reaction to certain events was needed. So I was stressed because I couldn't figure out what I needed to fix.

In a way, what stresses me about this book and the next is that I have to torture my favorite character. But then I get to give him what he wants most (he doesn't even know he wants it yet). And then I'm going to take it away again. (And some character gets punched in the face so freaking hard when it's revealed that it's going to be taken away... 😈😄 ) And then the character has to start from scratch to get what he wants back, this time knowing that he absolutely has to have it.
What delights me are inside jokes. I have slipped SO FREAKING MANY tiny jokes in these books. It's just a line here and a line there. Some that no one could catch on the first read. Some that can't be figured out until the slowpoke writer gets the other books published. (Damn him... oh wait, that's me...)
And if you happen to keep on scrolling, you'll see the sense of humor to which I'm referring.  In case you don't "get" it, here's a visual clue of what I did, though mine is much simpler.

https://static.wikia.nocookie.net/harrypotter/images/9/9e/I_am_Lord_Voldemort.gif
Please also visit: The Insecure Writer's Support Group Book Club
This month's reads are Falling for the Villain by Kim Elliott and Being Human by Patricia Lynne

Happening at OperationAwesome6.blogspot.com
Next week at Operation Awesome, we're sharing posts all week about getting ideas for writing. Stop by, maybe pick up a spark! 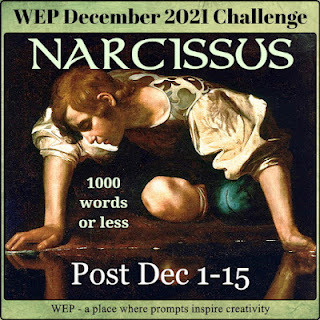 #BeautifulPrincess👸 🧛‍♂️ Parable
—  J Lenni Dorner
Once upon a time…
There lived a beautiful princess. It's very important that you know she was beautiful. In fact, if you look in any of the history books, her beauty is the only detail you'll find about her. It was ordered as such. No mention of her political stances, if she read or wrote poetry, how well she could ice-skate, or her preference of cake. No, the only words recorded about her anywhere of note simply state that she was a beautiful princess.
Being a princess, she was obligated to eventually marry someone suitable. A prince came to ask for her hand. His kingdom was very wealthy. His father had ruled for a long time, and the prince was a rather old man. The princess sent him away.
A duke came from another land. He was well-decorated from winning many battles. His strength and skill were a legend across the conquered world. The princess thought he would be worthy, until he entered the great hall. A bright red scar cut across his freckled face. She screamed her rejection as she fled to her quarters.
There was an earl she had known for years. The beautiful princess went for a visit. The earl was especially fertile, as evidenced by his many pregnant wives and gaggle of offspring. He offered to marry her into his harem. While she respected the poly lifestyle, she didn't feel it was a match for her. She politely declined and left for home.
Count Alucard heard of the princess and her suitor search. He sent a trusted advisor to discover what she wanted in a husband. Armed with knowledge and an invitation, he came to call one evening.
"Look upon me, Princess. I am the embodiment of youth. I have won battles, yet remain unscarred. I have no other wives, nor children from another to compete for your throne or power."
And so the beautiful princess agreed to marry the handsome count. They had a quiet ceremony under the full moon. All seemed well at first.
The princess soon noticed she was weak and cold all the time. The doctor told her to eat more red meat and beans. It made no difference. She was wilting away.
Her husband carried her to his chambers one evening. He pulled a sheet off a large box. The princess's eyes went wide.
"Why do you have a coffin in your chambers?"
"I made it." He pulled the lid open. "See inside? There is a portrait of you, along with a mirror. Ah, you can already see how your looks are fading away!"
She pressed her hand to her mouth.
"To thank you for the nourishment you've been providing during your induced slumbers, I have added this small hole. It will allow air and a tiny ray of light. Do enjoy the view."
He swung at her, breaking her jaw with ease. Once she was bound and muffled, he forced her into the coffin and sealed it.
The beautiful princess died a slow and painful death, forced to watch her beauty fade as she went. She pictured the name of the Count she married as she looked at the mirror. It was obvious to her now.
Count Alucard, now a king, ruled for many years. The population of the kingdom dwindled. Eventually, he took a new name and another bride who valued beauty and youth above all other qualities. They did, in his opinion, taste the best.
Tagline: A simple story with a lesson about valuing youth and beauty above all else. 🧛
FCA 577
#BeautifulPrincess👸 🧛‍♂️ Parable
By:  J Lenni Dorner