#IWSG Original Story - Plus News about #WriteClubDFW and #AtoZChallenge

Original.
And I have been rejected by dozens of agents because of it. Which is one reason I self-publish.
I've found a few accomplished writers in the speculative fiction world who have read parts or all of certain stories I have (mostly Fractions of Existence), and agreed that it is unique and unlike most other Speculative Fiction or Urban Fantasy novels out there.

Part of why it's killing me that WriteClub2022 was canceled is that I actually entered this year.
I have a story of Royce, a 21-year-old Incanter who isn't using his magic because it has been predicted he'd destroy millions of lives. Not using magic makes him an outcast. As he's dying, he considers magic, and it not only brings him back to life but sets him on the path of destruction. The real question becomes, in a male-only country that's mostly eradicated diversity, is destruction evil or heroic?

He learns that his persecuted father worked for the department that handles artificial insemination. There are women in the world, but they're kept in pods in a permanent vegetative state. His father's true crime was waking a woman, learning magic from her, and creating a child without permission. Royce's magic would wake them all, and absolutely destroy the lives of their captors.
Does that sound interesting?
Have you read something similar?
Is that story something original or something you, as a reader, would want?
~~~~~~
#WEP is coming later this month. https://writeeditpublishnow.blogspot.com/2022/08/wep-august-2022-challenge-moonlight.html
But for the Moonlight Sonata prompt, I have something special planned. An origin story of sorts. The inspiration came due to last month's #IWSG posts. I realized that several people wish they could live in a fictional world where I am a villain. That's an ideal world for some people. A world where killing me would be both legal and encouraged. (Obviously, not everyone picked such worlds. Lots of Harry Potter and Lord of the Rings fans out there.) Eh, that's just how it goes. A little story about two parents fleeing from the world to birth a baby safely is coming later this month.
Please also visit: The Insecure Writer's Support Group Book Club on Goodreads.

Woo! Celebrating myself.
📜
Tune in later this year to find out if I'm still legally married.
"Respect for Marriage Act will enshrine and protect marriage equality and make sure legal, same-sex and interracial marriages are recognized."
My spouse isn't a Native American.
🤔 Err... my person to which I share my life and devote my highest love isn't a Native American.

https://twitter.com/DL_H/status/1554084086830039040 "Due to a profound lack of interest...there will be no WRiTE CLUB contest this year. #WRiTECLUBDFW" https://www.dlhammons.com/2022/08/write-club-pulling-plug.html
I was really hoping to get in this year. I wanted the raw feedback on my latest project. It's hard to imagine, with the success of so many winners, that not enough people entered this year. 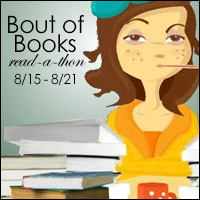 
https://t.co/vAYHKbmDOL
A second challenge is coming!

What do you think of the possible new graphics? Tell us on the blog comments, please!#atozchallenge -- PLEASE RT / Share pic.twitter.com/jd8cbqQ70G

A post shared by A to Z Challenge (@a.to.z.challenge)

The A to Z team is hoping for feedback about our possible new graphics. Things are happening at http://www.a-to-zchallenge.com, so please take a moment to check out the latest posts.

Check out Operation Awesome on Thursday, please. We have a question for writers! operationawesome6.blogspot.com/
Posted by J Lenni Dorner at 12:30 PM 9 comments: