Blurb
Magic.
Myths.
Fantasy.
We are bewitched by what we can't see.
Conjure delight with a fantastical collection of tales. Each story is told in exactly 200 words and designed to delight your imagination no matter how busy your day is.
Will you believe?
What made you decide to write short fiction?
A: It started with Twitter. Jocelyn Rish created a hashtag called #15tt (15 Minute Tweet Tales.) You were to use 140 characters to tell a story. You had 15 minutes to write it. I had been doing the A to Z Blogging Challenge every April and I wanted a theme, but 140 characters seemed too short for it, so I used Jocelyn’s prompts to write 100 word flash fiction for the challenge. When it was over, I kept doing them because they were great writing exercises. It wasn’t until later, when I saw a collection of 100 word flash fiction at MIParaCon that I got the idea to expand those stories to 200 words and put them into a collection. By then I had a ton of them so it was easy to pick out 45 and expand them.

About the Author
Patricia Josephine is a writer of Urban Fantasy and Sci-Fi Romance books. She actually never set out to become a writer, and in fact, she was more interested in art and band in high school and college. Her dreams were of becoming an artist like Picasso. On a whim, she wrote down a story bouncing in her head for fun. That was the start of her writing journey, and she hasn't regretted a moment. When she's not writing, she's watching Doctor Who or reading about serial killers. She's an avid knitter. One can never have too much yarn. She writes Young Adult Paranormal, Science Fiction, and Fantasy under the name Patricia Lynne.
Patricia lives with her husband in Michigan, hopes one day to have what will resemble a small petting zoo, and has a fondness for dying her hair the colors of the rainbow.
Patricia Josephine aka Patricia Lynne
Author of paranormal, fantasy, and sci-fi novels you can escape into.
◾ Website: patriciajosephine.com
◾Twitter: @pjlauthor
◾Facebook: @pjlauthor
◾Instagram: @pjlauthor
◾Patreon: @pjlauthor
#fantasy #amreading #fantasybook #shortstories #flashfiction #magic #myths #angels #vampires #mythicalcreatures #amreadingfantasy #ilovefantasy
#shortstoriesofinstagram #shortstoriescollection #shortstoriesbywomen #shortstoriesoninstagram #booknerd #ilovereading #bookseries #readersofinstagram #readersofig #amreadingnow #newbook #newrelease #Bookishpost #patricialynne #patriciajopsehine #kindleunlimited
Short on time, but still craving a good story? Grab A Quick Spell and delight your imagination in as little as five minutes.
Posted by J Lenni Dorner at 12:00 AM 2 comments:

#IWSG Readers Responses Can Be Funny

Has any of your readers ever responded to your writing in a way that you didn't expect? If so, did it surprise you?


It's gone now. But, once upon a time on Goodreads, someone reviewed "Preparing to Write Settings That Feel Like Characters" and said it did not educate them on how to write a setting or outline a book.
😳😒😏
Well... that's true.
It also doesn't teach you how to clean a fish, change the oil in your car, or do advanced calculus.
😆
I mean... was I surprised that someone didn't actually read the title of the book? Well, I guess I didn't expect it. But some people just want to complain.
Anyway, the review vanished. Maybe someone at Goodreads took it down? Maybe the reviewer realized the book wasn't called "how to write settings and outline books" so they took it down themselves? I don't know.
I didn't take the review personally. I mean, if you can't even get through reading the title, how useful could anything I wrote actually be to you?
The A to Z Challenge is done for 2021. The survey is still open for a few days -- 112 people answered so far.
I'm sending caring thoughts to co-host John Holton because storms and tornados are ripping through his hometown right now. Hope you're staying safe, John!

Email ThisBlogThis!Share to TwitterShare to FacebookShare to Pinterest
Labels: #IWSG

Another challenge down. I had visits from 28 countries in April. 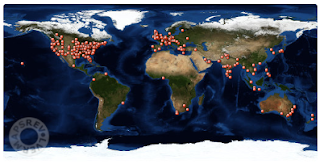 (United States, Singapore, Indonesia, South Africa, Bulgaria, Pakistan, Hungary, United Kingdom, India, Canada, Australia, New Zealand, France, Bahrain, Nigeria, Spain, Greece, Ireland, Turkey, Germany, Italy, Myanmar, Netherlands, Republic of Korea, Hong Kong, Philippines, Vietnam, Japan.)
I enjoyed the challenge. (I didn't enjoy the days this month where I didn't have power or wifi, thanks to the new neighbors who 🔥🚒🚓👮👩🏽‍🚒👨🏽‍🚒 shook up the lives of everyone in the area. It's fine, we made do.)
I absolutely plan to host again next year.
Considering that two people tried to sign up Instagram as a blog, yes, I think we need to add Instagram as a social media follow option (like we offer for Twitter and Facebook) on the Master List.

I feel the option of an email verification on the Master List so people would have the option of fixing their own mistakes or even removing their blogs if they drop out before A. Having the sign-up open closer to April 1 this year meant not as many people dropped out before the first day. (See image below. This year, only 6% of people never posted for the challenge despite signing up.) Also, when the Theme Reveal and Master List were open at the same time, a lot of people didn't understand they had to sign up for both to be on both lists. I saw a reduction in complaints this year by not opening the Master List sign-up until the Theme Reveal closed.

"Are you interested in writing a guest post for the A to Z blog in the next few months (June thru February)? If so, please answer with a way to contact you (such as email or Twitter), the month you are interested in (if applicable), and your alphabet-themed post idea."
If you haven't taken the survey yet, please READ that whole thing. Two people said yes, but left no contact information, month, or idea. Six people left contact info, but no month or idea. 🤷

Speaking of the survey, currently 39 people remember being visited by me. 😁
Actually, if you read onward, you'll see that I visited every blog on the Master List this year.
💗😍 Right now, I'm the most visited co-host! Aww, thanks!

😲 Unexpected! My blog views actually dropped during the challenge. That is the first time I've experienced this. This was my tenth year doing the challenge. My theme reveal was popular. But my February and March IWSG posts both had more views than even my most popular A to Z. 🤯
Which Double Down on the #AtoZChallenge 2021 with these Bonus Challenges did I do?

The A to Z Challenge 2021 Scavenger Hunt! Here's how I did:
No "Eye of the Tiger," or tiger fish, tiger biscuits, tiger fabric, or all these memory posts on the horrors of 2020 but no one mentioned "Tiger King"?
I saw one T post with Tigger. Did anyone find a Tiger post?

Sometimes the posts I found mention the word, and sometimes it is just visible in a picture that day. And I used a Nutella post for nuts because none of the food bloggers used nuts on N day! (Am I alone in liking Nut Tossies?)

I am spending a few more hours trying to reach every #atoxchallenge blog on the master list.
I'm at 75% right now.

I finished visiting everyone at 6:35 AM · May 2, 2021 -- If you are on the Master List and didn't get a comment from me, please let me know. Be sure to check your spam folder.
***UPDATE***
Thank you to Lisa (scroll to comments). She found a TIGER on T day! And thanks to Tamy for posting a tiger painted on train cars.

"But J, what was wrong with my entry on the Master List? How can I avoid this mistake?"
There were fewer problems this year. But let us take a moment to REFLECT and learn from mistakes. Maybe even find a way to help the team prevent these issues in the future. 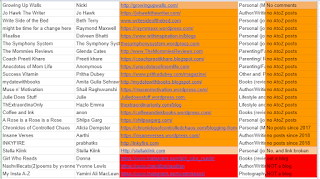 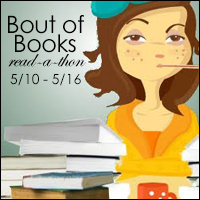 Please consider getting a shirt.