I haven't been around as much as usual. Last weekend marked the eighth funeral this year. I don't have enough of myself left to split into smaller pieces. I spent the start of this month shuffling back and forth between hospitals as two people, one a very dear friend ("found family") and one an aunt-in-law, fought for their lives. The aunt is better. My friend is still fighting. There just isn't more of me to give right now. I'm hoping and planning to do NaNoWriMo next month. (https://nanowrimo.org/participants/j-lenni-dorner) There's a project I want to finish before the end of the year.
https://litreactor.com Nuts and Bolts: “Thought” Verbs
I came across this. And now I wonder how often I've made that error.
Because absolutely nothing will help motivate me to focus on finishing something like an article that points out a potentially serious flaw in my writing! (Heavy sarcasm.)

I considered not entering WEP this round. I don't want to share my "sob story" of why I've been neglectful in my blogging and visiting. (I'm running a blogging challenge at A to Z, and I haven't even managed to take part. 🤦🏽‍♂️ The shame!) I really was going to skip this WEPFF, even though I LOVE this prompt. I feel so guilty about not devoting my usual amount of time to visiting other blogs that I've worked my disgrace into the story.

I was watching tv in the hospital room while a nurse tended to my friend. And a line from the show wormed into my mind. It brought up a memory of something I did on Twitter years and years ago, back when I was a noob and didn't know any of the unspoken social graces of social media. I had reached out to ask some people why they didn't follow me back. (Never do this.) A few actually did follow back instead of answering. But more attacked me for being passive-aggressive. (Definition: "indirectly expressing negative feelings instead of openly addressing them.") I didn't know my question was an expression of a negative feeling, or that I had a negative feeling. I thought I was just trying to learn why some people opted not to follow back, especially if they joined a "follow-train." (A thing that Twitter has largely phased out.) The 😡 anger that was spewed back at me by some people caused me to abandon Twitter for a few weeks.

The character in this story has a very different response. I hope you enjoy the story that almost didn't exist.
Dedicated to David, RIP, cowboy, husband, and father taken too soon.
Tagline: Not reviewing really kills you.

Body disposal is one of life's little annoyances. Decomposing human remains have to be dealt with though. I read that over a hundred billion people have died since the beginning of human life. Yet some detective might focus on just one missing body, blame me entirely, and then I'd need to be disposed of as just another corpse. Ridiculous.

Thus, I am exceedingly careful with the remains of my lessons. Such a shame that it comes to this. If only people could be better to each other.

For example, I recently sent a message to someone. "Hey, Dave! Just a reminder to leave a review for the thriller That Was It by Jackson Michaël. It's the one about the guy who summons monsters to scare a girl he likes so he can save her from them, but she ends up saving them both, as well as her enbyfriend."

I'm doing a service. Grandmama always said, "Do unto others as you would have them do unto you." She said it was the most valuable lesson of her faith. That same faith is well-known for killing those who don't follow it. So it stands to reason that, if someone doesn't follow this golden lesson, I have a duty to send their soul for punishment. You see?

Do you know how Dave replied?

@ReminderBlade77 That's a #PassiveAggressive way to ask for reviews #AttentionWhore. I'm blocking you and the author.

Not leaving a review is bad enough. Insulting me for a friendly reminder? I was doing unto Dave as I want done unto me! I like getting a reminder if I've forgotten to do something, especially something as important as maintaining good manners. I explained this to Dave as I chopped him up and disposed of his body. See how polite I am? Some killers would leave a body to rot, to be picked at by animals, or to suffer a prolonged death by not properly finishing the job straight away.

Do you remember getting a copy of the thriller That Was It by Jackson Michaël now? One simple review and we could have avoided all this messiness. Did you enjoy it? How was it interesting as a thriller? Would you recommend it, and to who? What kept you turning the pages? Will you read more of Jackson Michaël's works? Do you usually read thrillers?

If you had just taken the time to answer a few simple questions, to scribble down a few thoughts and feelings, you wouldn't be living in a thriller right now. Or dying in one.

Questions toward the end of this flash fiction are borrowed from my reference book:
Writing Book Reviews As An Author: Inspiration To Make It Easier 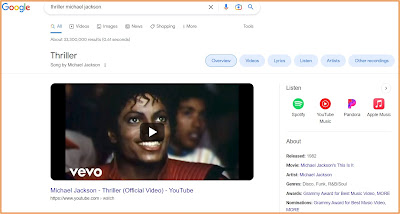 What do you consider the best characteristics of your favorite genre?

"Urban fantasy combines selected imaginary/unrealistic elements of plot, character, theme, or setting with a largely-familiar world - combining the familiar and the strange. Such elements may exist secretly in the world or may occur openly." - https://en.wikipedia.org/wiki/Urban_fantasy
"Urban fantasy describes a subgenre of fantasy in which the real world collides with the decidedly supernatural or magical world." - https://blog.reedsy.com/urban-fantasy-definition/
"The most necessary element to consider in the plot of an urban fantasy is the unanswered question. It’s usually not enough in an urban fantasy for your protagonist to have a strong driving goal; there should also be a huge, possibly frightening unknown that gradually unfolds throughout the story," - https://www.writersdigest.com/write-better-fiction/5-elements-urban-fantasy-novels-must
"A protagonist with a foot in both worlds: The main character of an urban fantasy is typically savvy to the real-life ways of their urban environment yet can also wield or exploit magical powers." - https://www.masterclass.com/articles/how-to-recognize-urban-fantasy

I felt I should first share the established characteristics before just saying that I love the way urban fantasy blends with real-world settings, making it feel plausible. Urban Fantasy is a subgenre of Speculative Fiction, and it's the one I've opted to pick to answer this question.


🎬 Let me tell you about two cool movies I recently enjoyed watching.

Lou on Netflix. https://www.imdb.com/title/tt5315210 Allison Janney as an action-thriller star. She's a fantastic actress, but seeing her like this is mind-blowingly good. If you're in the "why don't we see older women kicking butt in movies" group, here you go!

Three Thousand Years of Longing https://www.imdb.com/title/tt9198364 A content writer is granted three wishes by a Djinn. While she tries to think of a wish, he absorbs knowledge from everything around him, and then tells her stories from his life. An excellent movie for writers. (Content- Rated R for scenes with female concubines lounging around nude.)

Please spread the word! Share this.#passorPAGES #query contest
Enter this week only for a chance to get feedback, and maybe page requests, from two agents on your ADULT FANTASY query.
The entry window closes on Friday, October 7 at 6 p.m. Eastern. https://t.co/Ga4oMKffzp pic.twitter.com/Zjnj77noEn

Pass or Pages! Adult Fantasy query letters entry window is open this week. Five lucky winners will get feedback from agents, and possibly requests for PAGES! Please spread the word.

Happening at the A to Z Challenge 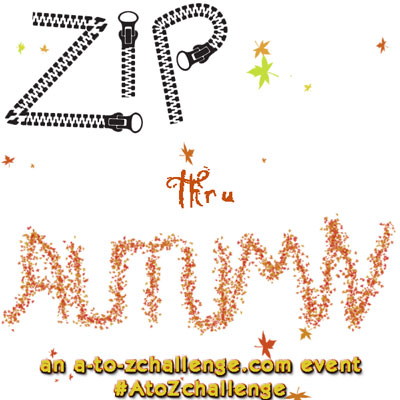