I have never watched Tiger King. The phrase, "Hey all you crazy cats and kittens," I know from a DJ in the 80s. "Dude," I heard in the 90s as a reference to everyone. Also as an expression of extreme emotion. (An intense thing would happen, someone would say, "Duuuudddeeeeee." And others would nod in agreement. It was the equivalent of 'wow.')

Offline, I have never been accidentally misgendered. (Though I cannot explain gym teachers who believe all students are female. I had detention more than once for inquiring about that.) Online, several people have misgendered me, or changed my name to a feminine sounding one. I always ask how the conclusion was drawn, seeking to learn what is so vastly different about my offline /online person. (Other than my physical appearance.)

Today I watched a YouTube video. IllWillPress is often adult, and frequently straight to the point. This time there was a small side-step in the video to get to the intrigue.
🤔


I have used the word dude in my writing. 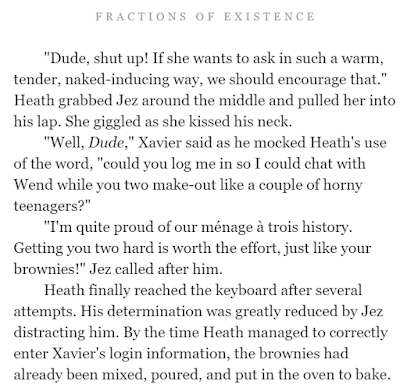 As you can see, one character likes the word more than the other does. (Fractions of Existence is set mostly in 2005.)

What does that word mean and is it gender-neutral? 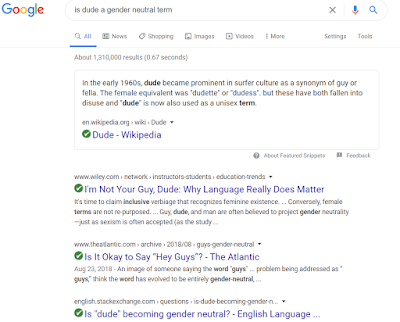 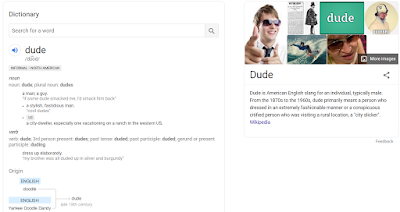 The Internet seems torn on the issue. bustle.com/p/7-gender-neutral-terms-we-should-all-be-using-9565996 This article didn't clear it up, but was interesting.

Is dude gender-neutral now? Would cats be a better term? Is there another one-syllable word gaining popularity? What are your thoughts?

It's Pride month, and to honor that we should all make an effort to be better to each other.
Posted by J Lenni Dorner at 6:52 PM