June 3 question - Writers have secrets! What are one or two of yours, something readers would never know from your work? 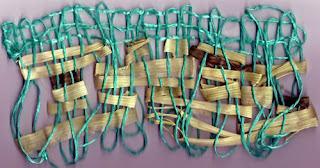 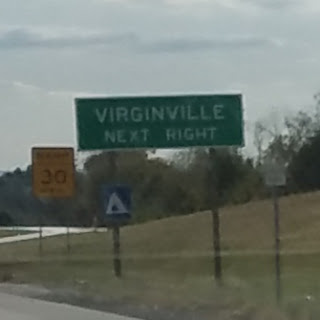 I doubt that anyone reading my books would know that I learned weaving at an early age. Granted, the image above doesn't look that impressive. But I did this with some very crappy string and used corn husks for the letters. Have you ever tried to weave with corn husks? It'd look better if I had some yarn or something to hold it all in place. But I worked with what I found.

Readers may or may not know that I was actually born in the Virginville area of Pennsylvania. That's a roadsign for the exit because some of you think I made the place name up. "Come on, J! Next you'll tell me that Virginville is near Intercourse." 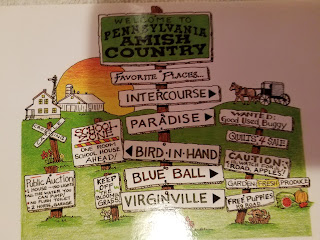 I certainly wouldn't want you to think that all the names of places in this area sound like innuendos... 😆

I was born in a very hot month, so it probably was August. My birth parents aren't so great with calendars. And now that you've all been living the quarantine life and don't know what day it is, maybe that finally doesn't sound so weird. (Normally people look at me like 🤨 this. "How would anyone NOT know what day it is?") The birthday written on an official form (years later) was just that day's date and the year was an educated guess.


*Update- It has since been proven that many of the violent forms of protest were started by white supremacist groups and people paid to make the peaceful protestors look unsympathetic. So it's even more messed up.


How did May treat you? Did you manage to avoid getting the virus? Have you, like me, lost anyone to Covid-19? Are there any innuendo place names in your area? Do any campaigning against violence and systemic racism? 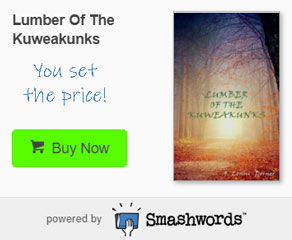 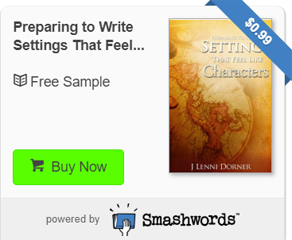