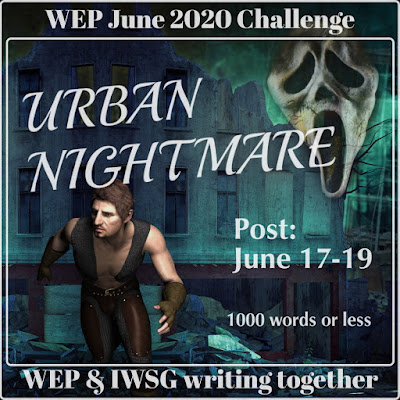 
Hi! Please enjoy this flash fiction, which is fictional, meaning it is pretend and not real, just a story from the imagination. No real humans were harmed, or will be harmed, as a result, nor does this story aim to imply readers should take any action similar to that taken in this fictional story. (Even if you really, really, really want to.)

Final three minutes. Everyone in place to reveal and demand, or to end if necessary?

Jordan sent a thumbs up, then shoved the phone away. "Sir, if you plan to issue a presidential pardon, we should act now."

Jordan's boss turned the volume up on the screen. "This execution is just peachy in my book. Get it? That's what I told my K man."

It took all the willpower in the world for Jordan not to end the life of this boss. Though, if no one interfered soon, killing him tonight was a possibility. The clock ticked away. Needles plunged down. Jordan's boss prematurely celebrated the inmate's death.

On the screen, the doctor leaned over, listening with a stethoscope. Jordan took a deep breath while silent rehearsing a final time. The inmate broke the restraints, sat up, and took the stethoscope.

"Refreshing, but not deadly. I haven't killed anyone in centuries. Doc, I suggest you move, as they're about to waste bullets." The prisoner eased off the table, pulling the iv's free as bullets rained down.

Jordan clapped. "Well done. As you can see, immortality is possible. You often refer to our kind as vampires. That's not entirely correct, but it's closer to the truth than most of your dribble."

Fangs extended from Jordan's mouth. "Our kind has lived alongside yours since the beginning. We have not revealed ourselves until now for two reasons. One, you have presented too much of a threat to our favorite food source. Covid-19 must be stopped, and we can do that. Which brings me to point two, we are going to colonize Mars."

Jordan's boss blinked several times before opening his eyes wide, no doubt ready to start a rant. Jordan, and much of the world, had seen that enough times.

"You can decline this generous offer." With one hand, Jordan pressed the boss's lips closed. "Just let me check my group message. Ah! The third-in-command has agreed already. You're no longer needed. Care for a forgotten last word?"

"Why come here? You know I don't negotiate with terrorists!"

Jordan laughed. "I have a gun and look like this. My odds of you negotiating were much higher than you claim. Maybe if I had a sign and were peacefully protesting, then you'd ignore me and say I am a terrorist. My kind has been plotting to end you for some time now. Tonight just sped up the date. You're welcome, world."

One is ended. Remove two. Proceed with three.

Annita replied that she received the message.

"Congratulations, Madam Speaker, you will be sworn in as the new leader within hours. Now, as I was saying, your country currently leads the world in Covid-19. We will start curing here. It's likely to cure other ailments as well."

"We will need to test it, to verify."

"Yes, of course. Now then, the trade-off for ending your urban nightmare because, let's be honest, the larger cities are being hit the hardest. We will require regular donations of A-negative blood. The prisoner who just survived gives you a plausible reason to tell people our kind exists. Or you can say it's used for the cure, which is also true. Say it's used as fuel to get to Mars if you want, we don't care. As long as our numbers are met."

"We are offering to save the lives of your species. Our cure ends this virus. It's just a matter of getting A-negative volunteers to become our food source. Their blood will keep us fed on the long journey to other worlds. Donated blood is only useful to humans for forty-two days, then the nitric oxide is too low for you. We're only asking for A-negative that's thirty days old. It's nearly expired anyway."

Annita's boss nodded. "Type O blood is more common. It would be easier to meet your needs."

"No." Annita slammed her fist on the desk, breaking the solid wood as easily as an eggshell. "Type A blood carriers are generally kind and compassionate. You'll see, they'll put the lives of others before their desire not to donate occasionally. And you'll compensate them. You want to have this deal in place within hours of taking office."

Annita had toed the line about the reason for the blood preference. The true reason was to prevent racist leaders from forcing people to donate. Unlike other types, the majority of people with A-negative blood were Caucasians. The last time Annita and her kind made a deal with human leaders, slavery happened. They had been trying to eradicate that ever since. An unending war spanning millenniums. Though, knowing who Jordan killed tonight, Annita felt that a battle to save many was about to be won.

"Sending you to Mars will take longer, you realize. Even if I'm sworn in tomorrow, as you say I will be, the space program will need a much higher budget."

Annita waved her hand. "We have a plan. We even have our kind training as astronauts. Don't worry, it's as simple as agreeing when we ask, and knowing that we do have your best interests in mind. We could have let Covid-19 end all of you."

"Yes. You mentioned our Armageddon. But not how you know, exactly."

"Madam, your kind based vampire lore around us. It's not entirely accurate. We don't mind the title though. We're also where psychics come from, though in our case, it's perfectly accurate. I can show you the end of your country, if you like. We've avoided it already, but I still have the memory." Annita reached to touch her boss's head.

The door burst open. "Madam Secretary, please come with us. We need to swear you in."

Annita smiled, moving her hand to her boss's shoulder instead and giving a reassuring squeeze. "Best of luck." 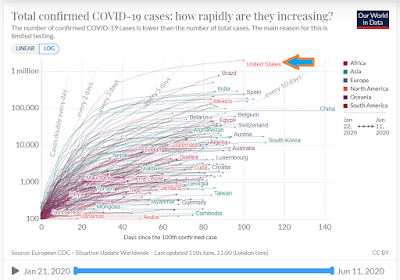 
HINT for Round Three:
There is a type of challenge mentioned at this address: https://buff.ly/3dawWQ2
"Here's my ___ of books."

On THIS post, comment if you've done ROUND TWO.
Round Four will be on uniquelymaladjustedbutfun next week.
Posted by J Lenni Dorner at 1:08 AM