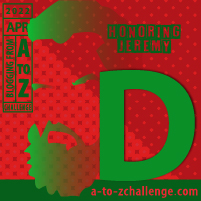 May listened as Jade sang in the bath. The girl hadn't thought to close the door. Bubbles drifted from the tub to the terrace where May sat, researching and having tea. Movements at the edge of vision always caught their attention, resulting in May staring at Jade in the bath several times.

Though the palm-sized reddish stone wouldn't respond, May still whispered troubles to it. "What is wrong with me? It isn't like I've never seen one of them bathe before. Or, in the case of those selected by Nightingale, had to give instruction to one in a tub before. There's no reason to feel anything."
Yet, with every new silly lyric added to the song Jade sang, May felt increasingly drawn to this student.
This was especially problematic as Jade's previous identity still did not show up in the records.
"I have to attend to something. Stay in my quarters. Get some rest after your bath."
"You aren't going to towel me dry as you did with my hands?" Jade asked.
A vision ran through May's mind. "I, uh, no. No, I'm sure you can handle all that. I have to go."
May muttered words of anger to no one while marching away, down the halls, down the hidden stairs, through multiple locked doors underground, until finally reaching the destination.
"What did you two see when you scanned this one?" May held up the device with Jade's picture.
Two men, if they qualified for such a classification, sat behind computers. A large glowing orb floated overhead. Several levels above was the marked area where the wormhole dropped off new students.
"Not much different than what we usually see. Poor enough to go missing. Proof the choice to stay at the death spot was made. Why?" One man answered.
"I need to see the scan."
The other man clicked his keyboard, and the scan appeared on May's device. After watching the highlights, and pausing where the men obviously had not, May knew that Jade had an identical twin. And that Jade's family had kept her existence hidden, though the reason was not in Jade's knowledge. She wasn't even fully aware of the situation. And that is why she thought nothing of sneaking out to the same place as her twin sister that day.
"What would happen if you ever brought back the wrong person?" May asked.
The guys laughed. "Other than the lucky peg getting to live here? Overlords would probably reprimand us. And peggy would be cut from the program. Guess no luck there. Be sent out the gate. That's why we scan, make sure there's a match."
"How accurate is the scan?" May asked while walking to the door.
"Usually one-hundred percent. We did have a ninety-eight percent this time. The one you asked about, in fact. Something wrong with that one? We need to lead her to the gate?"
Jade's life sat in May's hand. The scan played at high speed, slowing to show crucial seconds. "Dirty hands caused the scanner to briefly malfunction. We don't need the overlords to know about that, do we? Especially Nightingale."
The men agreed that it wasn't important or necessary to ever mention before May left. Should May let Jade die for a two-percent mistake?

Question: Do you ever sing while bathing?