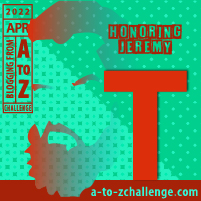 Piers led May and Jade through the kitchen to the back porch. Yesterday's storm was still raging ferociously.
"We have to get from here to a place far away, once known as the Andes." Piers motioned to the water in the distance, beyond the fence. Normally, it mostly couldn't be seen. But with the power out, the visual that normally hid the route from view was gone.
"We're going to South America?" Jade asked. "Where are we now?"
"Nothing good lives in the ocean. That's a place to be eaten by monsters, and that's a best-case scenario. You better have a different plan, Piers."
"Either of you know what therianthropy is?" Piers watched their heads shake. "Therianthropy is the mythological ability, or spiritual belief, that humans can metamorphose into other animals by means of shapeshifting."
"You mean werewolves?" Jade asked.
"That's a form. Back before the Devastation, there was a man named Michael. I told you I worked for Homeland Security. Well, we needed him to stay alive. It feels so unimportant now. But back then, he was vital. I was in charge of watching him from afar one day."
"You mean spying?" Jade asked.
"Sure," Piers said with a shrug. "Anyway, he was diving for lobsters. Creatures people ate back then. From the ocean."
May rubbed their forehead. "We've got to work on you getting to the point of stories. Do I need to know what a lobster is?"
Piers laughed. "Well, while I was watching, someone else got in the water. It was a known assassin. I knew Michael was the probable target. There wasn't time to get a weapon or pull him out. So I slid into the water and shapeshifted. My therianthropy form is a humpback whale."
"A what?" May asked.
Jade hopped back and forth from one foot to the other. "Oh my gosh, really? Can I pet you? They are my favorite sea creature! Can you sing? Do you breach? Why do whales breach?"
May stared at Jade. "Settle down."
Piers smiled wide. "Oh good, that didn't freak you out."
"You're in love with a brain alien who I talk to through a stone. Why not throw being a sea monster into the mix?" May's arms crossed tight enough to show veins popping out.
"Fair enough."
Jade poked May's arm. "They aren't monsters! Whales are beautiful. Gentle giants."
"Yeah. No chance you knew that news story about Michael, Jade? Okay. Have you heard of the Christian story about Jonah?"
"The what story about who? Piers, make a point. It's cold out here."
"I know, I know!" Jade jumped up and down.
"You realize we're on the run for our lives, right? I mean, the last time I saw you this excited, we were, well, not running for our lives," May said with a grin to Jade.
Jade shrugged. "I like being able to contribute. Jonah was a guy who was drowning, but a whale ate him to save his life. And then he was all thankful to a powerful creator from space or something. So the whale spit him out on land, and I think Jonah went on to live a good life or something."
May's eyebrow shot up. "Did you hear yourself just now?" May turned to Piers. "Did she just tell a story that ends with you eating us? You plan to turn into a sea monster and eat us? That's the big plan?"
Piers toyed with his fingernails. "House you in my stomach while we're underwater to speed up our trip. Oh, and we're using a hurricane for faster travel."
"Are you out of your freaking mind? Did O'tien liquify whatever brain you had in your skull? You want to shapeshift, eat both of us, and then intentionally get into a hurricane to travel to another landmass?"
"Please don't kill me," Piers took a step away from May. "But essentially, yes, that's the plan. It isn't a real hurricane. It seems like weather, but it's actually a wormhole that only moves through water, not time. It links the major landmasses of this world. It's very old. People only knew about part of it. The Bermuda Triangle, they called it. But since they didn't understand wormhole travel, anyone who found it usually died."
"I've heard of that!" Jade said, dancing in place.
May took a deep breath. "It's die here, or take a chance on you eating us and we survive. Those are the choices, right?"
Piers pulled off his shirt. "O'tien is with me now. We're going. So yes, you can come and live, or stay and take your chances."
May looked around. In the distance, Overlord Tardigrade took off, Natica dangling in the harness below. Without tremendous amounts of power, the wormhole device in the manor's basement wouldn't work. And May knew that certain death awaited just beyond the gate, if it wasn't inside already.
"I packed you a basket of provisions," Piers said, pointing to it, before stripping the rest of his clothing off and running down the hill. Jade grabbed the basket and followed.
May touched the building one last time. The only safe place May had ever known. The promise that, from here, there would be another safe place. Would it be so?

Question: Had you heard about Michael before? https://www.tetongravity.com/story/adventure/its-truly-biblical-man-survives-being-swallowed-by-humpback-whale
(Being eaten by a whale and spit out= true. The whale being a shapeshifter who worked for Homeland Security = far less likely.)