Thursdays this month are going to be aBout me. If you use Facebook, you've probably seen survey posts where people get to know each other. I'm going to fill out one a week for April. This one is an ABC. I'll add an extra B option for any question that needs it!

A Age : The estimation is that I'm 40. Best age: 25.
B Biggest Fear : Being caged and burned.
C Current Time : Matters less than people think. Current Behavior: Focused and responsible
D Drink You Had Last : Water Drink with a B: Birch Beer soda
E Easiest Person To Talk To : My Snookums. Easiest B-name Person To Talk To: Bryan
F Favorite Movie : Die Hard or Mallrats Favorite Movie that starts with a B: Braveheart
G Grossest Memory : Melting flesh. Grossest bar you've drank in: Jake's, which has shut-down.
H Hair color: Dark brown, almost black
I In Love With : My Snookums Interested in: Book reading
J Jealous Of : Bakers who just "magically" know their craft
K Killed Someone : Seriously, who is filling these surveys out and admitting to murder on social media? And who in their right mind is staying friends with the people who are using social media to confess to killing? I'm not saying some people don't have a good reason to kill. But is Facebook, a survey, where you go to talk about it? Are Jason Voorhees and his mom filling this out? Kill time a better way: Board games
L Longest Romantic Relationship : My Snookums. Longest B-word off the top of my head: bloodthirstiness
M Middle Name : I picked Lenni. (I didn't understand the question at the time. I barely understand it now that I'm adult. Naming customs are so freaking weird.) Best Middle show: Malcolm in the Middle
N Number of Siblings : Biologically, none. But plenty if we count other ways. A few who kept in touch.
O One Wish : More of the Lenni-Lenape ways to be brought back to most of society.
P Person Who You Last Called : I don't make phone calls. Person who you last mailed a letter to: Bonita
Q Question You're Always Asked : "So, you can't speak at all?" Followed by questions ranging from ignorant to personal to medical to 😳 a total lack of social decorum. Question for readers of this: Besides the #atozchallenge, what Blog hops do you enjoy?
R Reason To Smile : There are still trees in the woods, and freshly baked bread smells awesome
S Song Last Sang : I don't sing. Last B song heard: Kill Hannah - Believer
T Time You Woke Up : A little after dawn. Time you went to bed: 1am
U Underwear Color : At the moment, slate gray boxers with dark blue squares.
V Vacation Destination: Just leave me in the woods. Or maybe Bangor, Maine
W Worst Habit : Being overly critical of myself
X X-Rays You've Had : A few. I don't really remember it all. X-rays are usually of bones.
Y Your Favorite Food : Sushi. Especially ending with tamago or tamagoyaki. I haven't tried Bara sushi.
Z Zodiac Sign: Leo, according to the guessed date. Zodiac Birth twin: The date that was guessed and put on my form is, oddly enough, the same date that someone who would marry my cousin and become my friend was actually born. 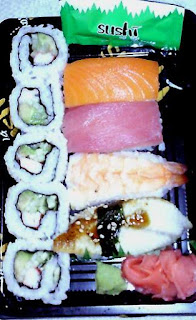 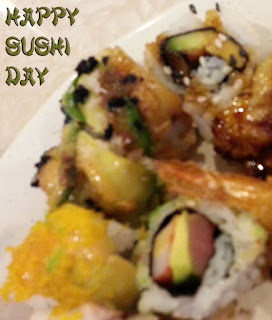 Let me know your answer to the question I asked in Q!