My theme this year is blogging about my author brand. Saturdays are posts about Native American interests, or Lenni-Lenape ones. 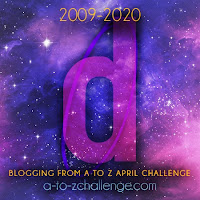 The dream catcher was originally created by the Algonquian-speaking people called the Ojibwe, also known as the Chippewa. The Lakota, part of the Great Sioux Nation, also had dream catchers. As the two are considered rivals, it's impossible to say for certain who came up with them first. (To make matters more complicated, there are also dream catchers in ancient traditions on other continents. Much like several cultures who should have never met all opted to build pyramid-shaped structures.)

Each part of a dream catcher has a purpose. The materials chosen are specific to the individual. It can be as much about inviting good in as about keeping bad away. However, the main function of the dream catcher web is to trap negativity. They are made to protect the sleeper. It's important that dream catchers are exposed to the morning light every day.

Why do people hang them against walls, in rooms without morning light, in cars, or tattoo them on themselves? Why are they sometimes made of plastic? How can something that is meant for an individual be mass-produced? Is this cultural appropriation? 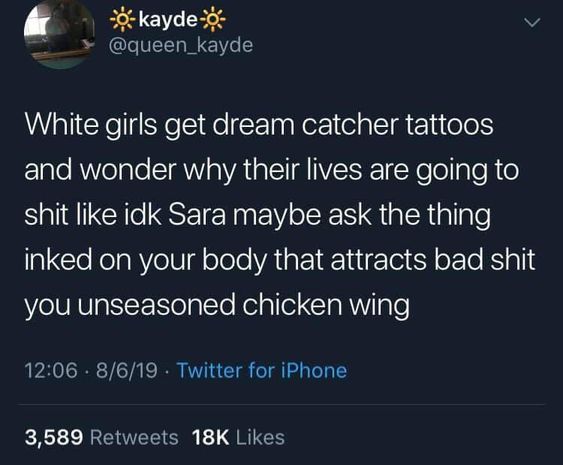 Perhaps there are some who are well-meaning. "I want something that looks Native American, but don't want to take from them." One issue with this statement is that there are many different tribes, nations, people, and cultures being lumped into one. Second, if you buy a plastic one and it doesn't "work," well… duh? Even funnier, if you get one inked on your body and it traps negativity (bonus if you also have a spider tattoo), that probably isn't a well thought out plan. (Or maybe it is, if your goal is a life of pain, terror, darkness, and bad luck.) You might have been well-meaning, but a lack of research could really doom you. 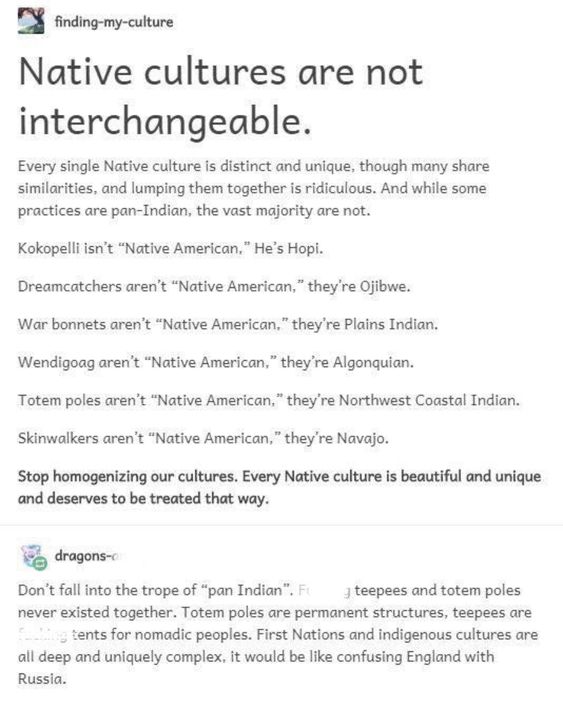 And then there are people who have dream catchers that don't have a round circle. If that's well-meaning, it should have a different name, or at least say it's art "inspired by" dream catchers. These things have a purpose and a reason, a story behind them, and beliefs of people -- too many of which are no longer here to tell their stories.

Have you ever thought about dream catchers before?