My theme this year is blogging about my author brand. Fridays' posts are on Lenni-Lenape or Native American interests. 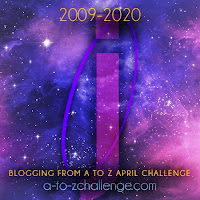 The (American) Indian Adoption Project was created as a way to legally remove children from their families and tribes. The idea being that Native Americans who were raised by "proper white families" would be less savage and uncivilized. The motto was "Kill the Indian and save the man."

Indian boarding schools were a similar idea. Native American children were taken from their families and taught a different language, culture, and religion from their own. Even their names were taken away. The goal was to remove their identities so they would assimilate. These schools were a huge failure.

The first one was the Carlisle Indian Industrial School in my home state of Pennsylvania. It has been, thankfully, shut down for a century. (Though there's a museum or something. I've only seen it from the outside at a distance when my parents first told me of the real monsters in the world. I was probably four at the time.)

It wasn't until the end of the 1970's that kidnapping Native American children had any real law preventing it or calling it a crime. Even then, enforcing that took a few more years. (You were more likely to get a fine for running a red light than for kidnapping a Native American child, especially depending on what state you were in and how well-known and liked the family of that child was.)

Until 1865, rip African American children from their parents.

From 1870s to 1970s, rip Native American children from their parents.

Now, rip children of immigrants and refugees from their parents.#ThisIsAmerica ?! #WhereAreTheChildren
— African American Research (@AfAmResearch) May 26, 2018


Native American children must be placed with and adopted by a family member, a member of their tribe or, failing that, a family from another tribe, according to the Indian Child Welfare Act. However, it isn't well-worded, so judges are able to vary the interpretations. This means that the side with the better lawyer is more likely to win.

Will children of immigrants and refugees ever get such protection? Will it be worded any better? Infants are testifying without lawyers to determine their rights and future.

But those ICE cages are probably practicing social distancing and regular handwashing, right? They wouldn't leave children there to die, right?

"more than 34,000 detainees, the majority of which – 60% – have no criminal record and are detained over only a civil immigration violation." ALLEGED violation, because they are locked up before being given a trial. It's supposed to be innocent until proven guilty in the US, remember?

"30 detainees and ICE personnel tested positive for coronavirus in 16 different ICE facilities in 10 states as of Tuesday" Those were just the ones they tested. That's a minimum number, not a total.


This post started off talking about Native American interests but is ending on a note that is relevant today. I'm focusing on the YOUNG CHILDREN in those hell holes. The toddler crime wave where diaper-wearers conspired to violate federal laws. Criminal masterminds speaking code by sucking on pacifiers. Once they learn finger paints, they're really a threat to law and order. They wouldn't be caged otherwise, right?

And then there's this:

If you were a child and stripped of everything and locked in an empty room, how would you prove you are who you say you are to someone who doesn't care, won't look up information, and doesn't speak your language?