My theme this year is blogging about my author brand. Mondays' are posts are about characters. 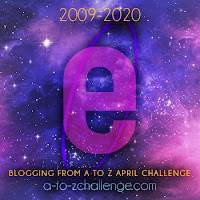 One way to distinguish between characters in fiction is to look at education. Not just how and where they were educated, but how they feel about education. As an example, I'll discuss a few of my characters from the Existence series.

Five of the main characters of Fractions of Existence had attended the Apollo Cheever Academy (a fictional school) in the late 1980s to the late 1990s. The school becomes a setting again in a later book in the series, and in some of the short stories that are floating around the web.

Xavier was a good student, but not the best student. He wanted to be done with school and move on to doing, to living, and to changing the world. Xavier was bored with school because he remembers more than the others do. He feels everyone should have as much education as they desire. 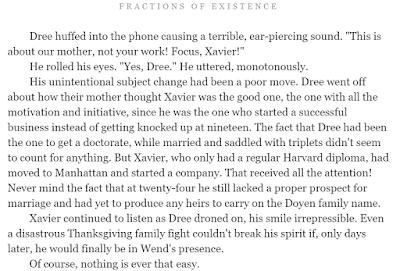 Heath
Heath is a fantastic student who excels at anything he studies. Were his parents around to give permission, he would have graduated from the Academy in seventh-grade. Luckly, it's a very good school, so he was able to take college-level courses while there.

"Why do people always underestimate how much I know? My IQ is in the ninety-nine point ninth percentile. TNS!"

Heath has multiple degrees, but rarely ever mentions it. He believes learning is a life-long pursuit. Oppressing people by denying them knowledge, or by teaching inaccurate information, angers Heath. No one realizes it, but Heath uses his power, influence, and money to get a lot of people into college. Especially women who are fighting for it. Heath would have you believe that he's going to the private room of a strip club for sex. In reality, he's back there helping the lady with her math homework.

Wend is in college because that's the next step in the plan. She majors in music at Moorpark. She didn't attend Apollo Cheever Academy. In fact, she's never heard of it. Wend went to public school. She thinks the current system is fine, that everyone is getting just the right amount of education. Actually, she's never given it a lot of thought. Like most political matters, she doesn't think she matters enough to change anything, so she simply doesn't think about it. (At least not in book one.)

There you have it.
Three characters, three different viewpoints on education. It's one of the many ways that similar characters can be different from each other.

Do you feel that every child should get the best education possible? Should access to knowledge be restricted based on family income?