My theme this year is blogging about my author brand. Fridays are a story told in parts. This story fluctuates between modern times and centuries ago. 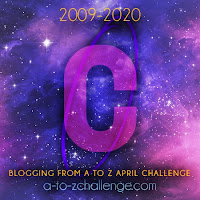 LUMBER OF THE KUWEAKUNKS - part 1


Police arrived before parents did at Tuck Academy. Ricky Turner and May Flizwatter had gone missing in the middle of class.
"Excuse me," Lilia Turner pushed her way through the growing crowd. She squinted against the noonday sun, finally spotting the sheriff and the academy principal. "Where’s my son?"
"Ma’am, it’s going to be okay." The sheriff dropped his beefy hand on her shoulder. She winced, as this pulled her long, black hair. "We’ve got the school locked down and I have someone at every exit. The troopers have roadblocks up just in case."
"In case?" Lilia threw his hand away. "In case what?" She turned to the principal. "How did you lose an eight-year-old boy? He’s supposed to be safe at school." She pointed to the main entrance. "What good is all that security? The cameras, the buzzer, everything we paid thousands of dollars to have installed."
The principal opened his mouth to speak, but was cut off by a woman screeching his name.
"You!" Clorinda stomped past Lilia and the sheriff. The edge of her smartphone poked the principal’s chest. "What’s the meaning of this? How do you not know where my daughter is?" The sheriff told her to calm down. The resulting snarl made him take a step back.
"Councilwoman Flizwatter, please, let me explain."
"You better explain! I will have this academy shut down and you jailed for child endangerment. You hear me?" Clorinda spit as she spoke, the spray moistening the principal’s face.
Lilia snapped her pink silicone breast cancer awareness bracelet. She contemplated going head to head with the town rhino, or just letting this charge proceed. "Clorinda, let him talk. We both need to know what happened."
The beast turned, her eyes widened, and her teeth bared. "We? What business is it of yours? My daughter is missing! You plan to use that in your little campaign? How dare you call me thoughtless and ruthless and then have the gall to show up here and attack me when my child is nowhere to be found."
"My son is gone, too. Not everything is about the election."
Clorinda rounded on the principal again. "Two children? You lost two children?"
The sheriff had a brief conversation on his radio before interrupting Clorinda’s rant. "Ms. Miller is coming out to speak with you both."

Ms. Miller, the second-grade teacher, recounted the events. They were doing the history lesson. Students had been put into groups of four. May and Ricky were in a group with William and John. Everyone was working on their history projects. The doors and windows of the classroom were closed. No one had come in or gone out.

"Obviously, that isn’t true." Clorinda scoffed. "Our two children must have gotten past you."
"I was standing between them and the door." Tears streamed down Ms. Miller’s face. "They were there, and then they were gone."
"Children do not vanish. My daughter did not just disappear."
The teacher blew her nose. "They did, I swear it. Ricky had his hand up. I said I would be right over. I finished helping another student, it was less than a minute, and then," she cried harder, "they were gone."
"Did my son take his medicine before this happened?"
Ms. Miller shook her head. "It wasn’t lunchtime yet."
Lilia’s legs gave out. She crumpled to the ground, the sheriff missing as he tried to catch her.

Come back next Friday for another installment of this story.


Where do you think these children are?

Email ThisBlogThis!Share to TwitterShare to FacebookShare to Pinterest
Labels: #atozchallenge, Lumber of the Kuweakunks, Storytelling